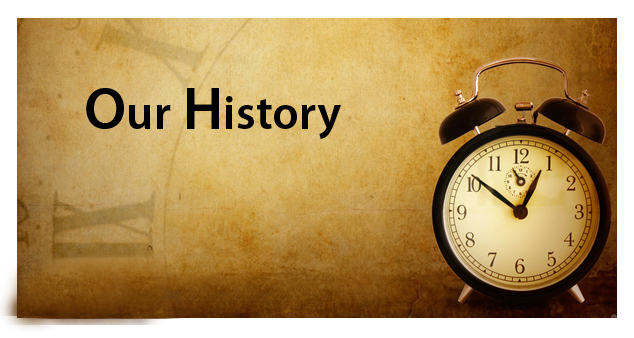 It may surprise you to find out that the Gympie Community Church didn’t actually start in Gympie – it started in a shed in Lagoon Pocket! In 1984, 9 Butler Road, Lagoon Pocket (about 15 minutes outside of Gympie) was a pig farm, owned by Vince & Sandra Foreman, and a shed on the property was used as the very first meeting venue for the church that would become the Gympie Community Church.

In these early days, the church was known as Gympie Christian Fellowship and it began meeting on this property on Sunday 29 January, 1984, with the first Sunday School classes taking place on 12 February and the first Communion service on 4 March.

GCC’s forerunner was formed when about 24 adults and their children (about 70 people in total) came out of their former church. Those who formed this new church did so only after a long struggle to understand biblical truth from error and after what has been described as a ‘real spiritual battle’. The first elders recognised in our church were Cec Reck and Bob Stonier.

Of the people who formed the church over 30 years ago, only three remain in our congregation 30 years later – Cec & Kay Reck and Isabel Stonier. Cec & Kay remain very active members and Isabel has the special role of making our weekly Communion bread – in fact, this is a role she has had since the very earliest days of our church. She has made in excess of 1500 loaves!!!

After nearly two years of meeting at the Lagoon Pocket piggery, the new church got permission to use several rooms at James Nash State High School for its Sunday services (several church members worked at the school). During the next five years, the church grew and God moved people in and out of it.

In 1986 a group of believers, who’d been meeting in Southside, joined the church after much discussion about beliefs, etc. In 1986, Cec & Kay Reck also went to Bible College in Sydney and so a change in the eldership was needed, with Col Lituri and Stephen Jones stepping up. In 1988, Cec and Kay returned from Sydney and Cec took up an eldership position again.

In 1990, after much legal advice, the church decided to become an incorporated body and was registered with the State Justice Dept. At this time a constitution was drawn up for the church.

About a year later, in 1991, discussions were held with members of the Gympie Christian Brethren Church, who were closing down due to dwindling numbers in attendance. As a result, a number of people from the Brethren Church joined the congregation. As part of this process, the ownership of the Brethren’s Gospel Hall was also discussed, eventually leading to the Pine Street Church being sold to the new congregation for a nominal sum. Later on in the piece, we would also buy the house next door in Myall St, which is currently being rented out.

In 1992 Col & Sharon Lituri left Gympie for Adelaide to study for ministry and Ross Forward, a new member of the church from the Christian Brethren, took his place in the eldership. So far, five men have led the church through its first eight years. During the next few years, Terry Eaton and Vince Foreman would join them and play their part in faithfully guiding the church before the Lord. Cec Reck resigned from eldership in 1997 due to ill health, but still serves the church as a deacon today. Ross Forward is still an elder, having served continuously through that 22 year period. In time, Phil McLaren and Rod Murray would be added to the eldership also and along with Ross Forward and Dean Comerford, make up our current eldership.

Somewhere in the late 1990’s the church appointed its first pastor, however, he only served a very short time in the role. In 2003 Noel McDonough became the first pastor to have a sustained ministry in the church and in 2010, Dean Comerford was appointed, after Noel retired.

By the mid 1990’s the church was growing nicely – although no doubt experiencing the ups and downs that all churches go through. In 1997, the church felt the need to change their name and so we became the Gympie Community Church – a name that better reflected our heart for the Gympie community.

Not only had people been sent out to minister around Australia (like Col & Sharon Lituri, who now pastor a large church in Perth), but others were heading for mission fields around the world. Early in the piece several families were sent from the church to serve with New Tribes Missions. More recently, in the early to mid 2000’s, several others were sent out from the church. The Feldmeier family were sent to Malawi to serve in an orphanage, however, sadly, Rainald Feldmeier would become ill with cancer and the family would return. Around the same time, Dave Chapman was sent as a missionary to Zambia, where he met and married Mary and where they still both minister today. Alison Lynch was also sent to Venezuela around this time, where she has ministered until late 2013, before returning to Australia to serve the church for a year. She has subsequently decided to stay in Gympie and now serves as a pastor in the church.

In 2004, not long after Noel became pastor, the church did 40 Days of Purpose. This was a significant time for the church and a great deal of effort was put into services and home groups. The services were held away from Pine Street, at the Senior Citizens Hall, next to the Civic Centre. Each week a special video clip was played. Ron’s Search for Purpose was produced by Ross Waltisbuhl and featured Rod Murray as Ron and Terry Eaton as his friend, Jeremy, along with many other members of the congregation. The dodgy acting has become legendary and the videos are now a GCC cult classic.

In 2010 the church was growing and the Pine Street facility wasn’t going to be able to cater for us much longer. The decision was made to move our Sunday services to the newly built school hall at Cooloola Christian College, with the first service being held on 20 March, 2011. In many ways it was a logical place to worship, as despite our not being one of the school’s associated churches, our church had a significant hand in helping the school start in the early 1990’s and we have had many staff and board members, as well as students, in our congregation throughout its history.

Over the years many people have found faith in Jesus through our church and quite a number have been baptised.  In recent years the number of people being baptised has grown significantly, with most being baptised in pools at various church member’s homes, as well as at Noosa Beach.

There were a number of churches in Gympie before us and some that have arrived since, but throughout our history we’ve always had a heart to work alongside other churches, to make Christ known and bring glory to God. Each year we gather with other Christians in combined events such as the Mayoral Prayer Breakfast, combined services and the Carols in the Park.

The Gympie Community Church is not part of any Christian denomination, but as an autonomous, self-governing church, we are a part of the Christian Community Churches of Australia (CCCAus), a national network of independent churches across Australia, who in turn are part of a world-wide network of like-minded churches.